Posts from the ‘Jessica’ Category

In Search of the Divine – Jessica

There was a time when Jessica felt trapped in her chosen occupation of Mother at home – ‘chief cook and bottle washer’, as her mother had put it. She had three children and loved them dearly but she often wondered lately, why she had signed up for this contract?

She had little personal time or freedom and was beginning to feel unimportant and small. She had meagre meaningful or challenging contact with the outside world. She often felt, like her real Self was disappearing, amidst the myriad of nurturing responsibilities and services, which she performed for others. She crawled into bed at night, totally exhausted with little libido or anticipation for the day ahead. She thought that this must have been what it felt like, to be an ‘indentured servant’ in times gone by.

She longed for the day, when her children would be of school age and she would have time to return to her chosen profession again. She had just reached her 36th birthday, an important maturation pinnacle. So she decided to go within and write and discuss with her inner wisdom, what the next steps were to take in her Contract. Jessica did this, for all the important decisions in her life. Afterwards she started making plans again, for the next part of her journey as mother, partner, lover and teacher of English as a Second Language. She missed the multicultural variety of her students and their stories. She realised that she would not be able to work full-time with young children, but even 2 days a week would give her back, that ‘sense of self’ again.

She started making plans for the future, as this would give her a vision and renewed energy, for her present contract. She set about teaching her children to be strong and independent little souls, who would let her go easily, as they became engrossed in their own lives. She shared this plan with Jeff, her husband, who worked hard in the business world but had as his major focus, Jessica, his children and their family life. He was very supportive and saw it as a good thing for Jessica, to bring her back into balance with her feminine presence.

Jeff now realised her need for balance, relaxation and independence and suggested they start planning short weekend trips away and holidays to places they really, wanted to go, before the children reached school age. They went to places that were filled with natural beauty and taught them to snorkel and swim without fear. They went on camping trips near beautiful lakes and introduced them to the simplicity and peacefulness of the great outdoors. Jessica even taught them to OM…. around the campfire at night before bed.

As the months went by, Jessica developed a sense of freedom and space in her own being. By allowing her feminine presence to activate, she had moved her own conscious dreams and wishes into reality, with the help of her partner Jeff. She no longer felt trapped in her occupation of ‘earth mother’ at home, but had planned lessons and skills, to hand on to her children for their independence and wellbeing, before she returned to the world of teaching, part-time.

She felt fulfilled in her day, as she co-created the activities that gave meaning and purpose to their lives and she knew that she could expand her Contract easily, at the right time! 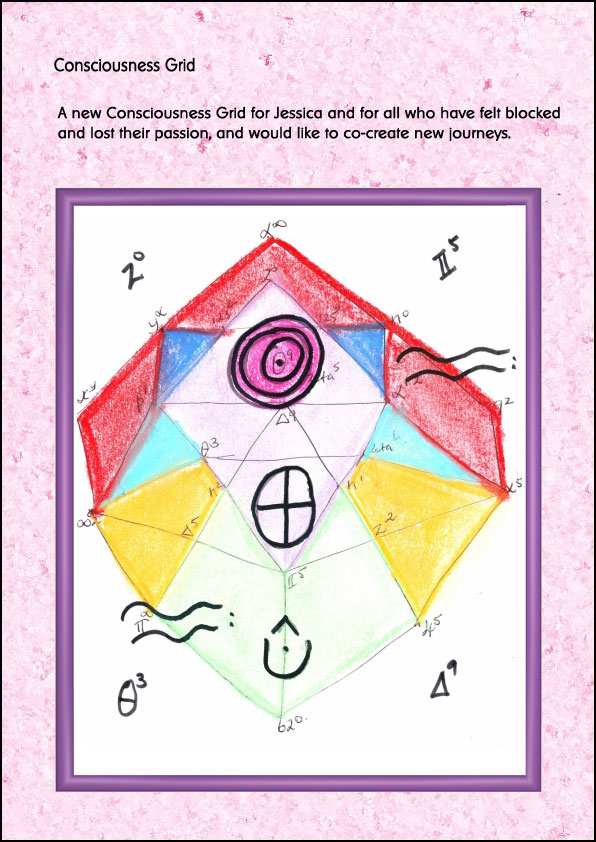