In Search of the Divine – Jeffrey

It was late at night and Jeffrey was a long way from home. He had just been visiting a friend and was very moved by what he had learnt. Sheila had shared with him that she was pregnant and that she intended to have their child. This was something that he had not expected and he was not prepared for the depth of emotion that this news had evoked within him.

He was 45 years old and had never expected or contemplated being a father. He was not sure that his relationship with Sheila had grown sufficiently to prepare him for this role. Fatherhood was something that he had hoped to avoid. But the fact remained, that he was now presented with this new challenge. He felt Sheila was a nice girl, but he was not sure that he was prepared to commit to a lifelong relationship. Nevertheless, this was the decision he would have to make in the very near future.

He was comfortable in his job and enjoyed the many challenges that it offered him. He was an engineer and traveled internationally, wherever his work took him. He had never expected to settle down to ‘connubial bliss’, planted in the one country with loads of domestic responsibilities. He liked the constancy of new challenges and new horizons.

Sheila was 35 years old and firmly committed to bringing this new life through, whilst she was still of child bearing age. She enjoyed her profession but was keenly aware that her years of fertility were fast running out. She saw the blessing of this conception as an opportunity to grow emotionally and find fulfillment as a mother and hopefully, a loving wife.

Both Jeffrey and Sheila were at a crossroads, their contracts for the next part of their lives had been presented to them. Now they had to choose, to take up the challenge of Parenthood or follow another path.

Jeffrey spent many sleepless nights, traveling in the archetype of ‘victim’, feeling trapped and limited by other peoples ‘perfect pictures’. He had never had any serious illness but began to feel physically ill, from the weight of this decision. Sheila on the other had had decided to let go and give him space. She felt very blessed to have conceived this child and knew she would bring it through to the Earth Plane, with or without his support. For her, the timing of this contract was exactly right.

Neither Sheila nor Jeffrey had monetary decisions to make, as both were well respected in their professions and had all the assets to welcome a child into this world. The real decision was whether they could take on the responsibilities, of the archetype of ‘parenthood’ joyfully and see this as another chapter of personal growth into spiritual awareness and expansion.

Jeffrey finally completed his walk in the ‘dark night of the soul’ and made a decision to honour Sheila and her right to bring through the new life that her contract was now presenting. They decided to live together and see where this would take them.

Many shifts had happened for Jeffrey, as he wrestled with the archetype of ‘sabotage’. But when the decision or light came, he knew he would travel this journey with Sheila, even though it was not of  his own choosing. He would walk in faith on this journey with her into the unknown, where he, had no control over outcomes. He would just trust and listen to his heart, to find the way forward.

Within 9 months, he was the proud father of a baby boy, whom Sheila named Simon, after his father. Sheila and Jeffrey had both now entered into a new paradigm or contact of their soul’s consciousness, the uncharted waters of Parenthood. 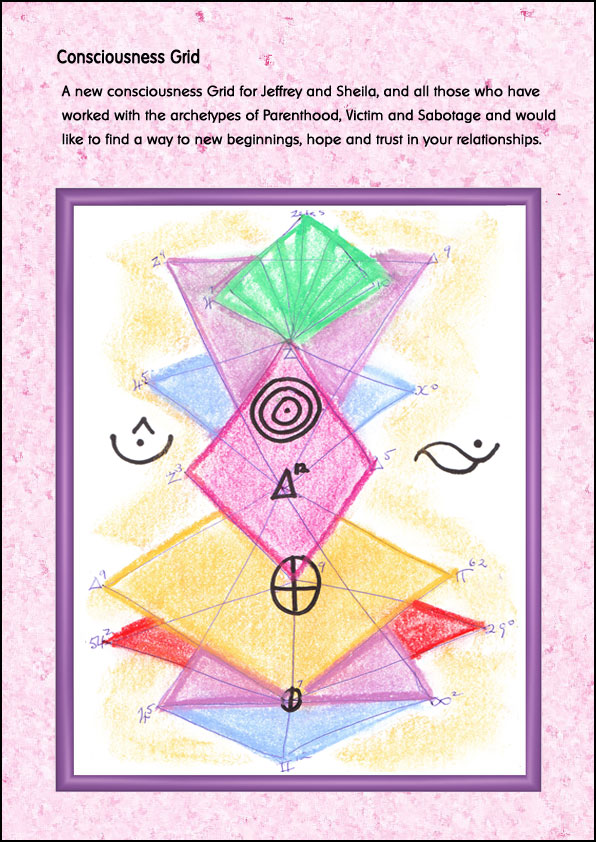